Kartikeya Ladha has traversed 300 km on foot, over three weeks, from Kanyakumari to Kochi. With nothing more than a backpack containing a few clothes, his laptop and phone, he walks through unfamiliar lands, taking in everything that comes his way. Walking, for him, isn’t an athletic feat, but an exploration of his artistic self, he clarifies. It is for him a way to break pre-conceived notions of what we think of people.

He is taking a short break in Kochi, as his legs began showing signs of fatigue. “My mind wants to keep going, but my body is not ready,” he says. He will continue his walk towards northern Kerala, into Karnataka and will culminate in Goa. He calls this ‘The Nameless Walk’ and the experiences would make up his second book.

His first book, Dream Beyond Shadows, was inspired by his travels in South America. 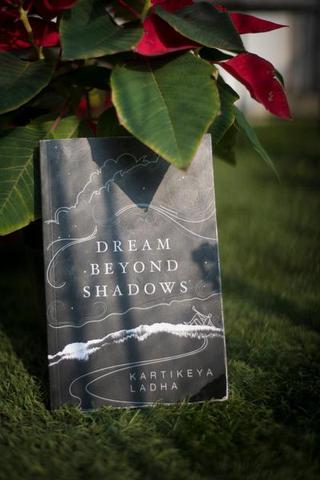 He took off to South America, after quitting his job in the US, in 2016. Though there was everything in his life that he could possibly hope for, Kartikeya felt something was amiss. “I didn’t know what it was, and the next thing I knew, I was selling off my belongings and ended up in South America.” He lived with the tribals, known as the shamans, in the Amazon jungles, worked as a bartender, lived in hostels, backpacked through Peru and interacted with different kinds of people. “And that has been the best decision I have ever made in my life,” he says.

Born in Gwalior, he moved to the US for higher studies and worked for a company that dealt with renewable energy. He started his career as a door-to-door salesman, all of which resonates in his book. He started writing it after his South American trip. The 280-page book has illustrations as well. “The journey was an eye-opener. It made me wonder why, as a society, we cannot live whole-heartedly? What prevents us from acknowledging the beauty of life?”

Kartikeya came back to India and worked in Delhi for about six months, which only served as an affirmation to him that a conventional job was not for him. “Money is not the end goal. It is only a tool with which one reaches his goal.” He took off again to the Himalayas, did retreats with Tibetan monks, and started work on his second book. He hopes to create a body of work that would be an amalgamation of his travel experiences, philosophy on life and a reflection of the people who he meets.

The walk, which he is on now, is an attempt to experience the rawness of the human condition. “South India, is largely unknown to me, I haven’t been to these parts and I decided to get to know the places first hand,” he says.

He does not follow a rigid plan while on his walk, eats from local restaurants, and sleeps in lodges. “What really struck me while on this walk was that being an Indian, I felt like a foreigner when I started my walk through the interiors of South India. It was the same as walking in South America. The people didn’t know the languages I spoke and the communication was only through eye-contact. So, what really is the Indian identity?”

Despite the language barrier, Kartikeya says, he speaks to the people he meets on his walks, and often makes friends. But walking has its challenges. “I have to be alert of traffic, street dogs sometimes, heat…. I am in my own company, I don’t listen to music while I walk and I am aware of all the thoughts that surface in my mind. This walk really is a mental process more than a physical one.”

While in Kochi, he gave a talk at the Krithi Literature Festival. Kartikeya’s book is available on Amazon.

Dream Beyond Shadows by Kartikeya Ladha